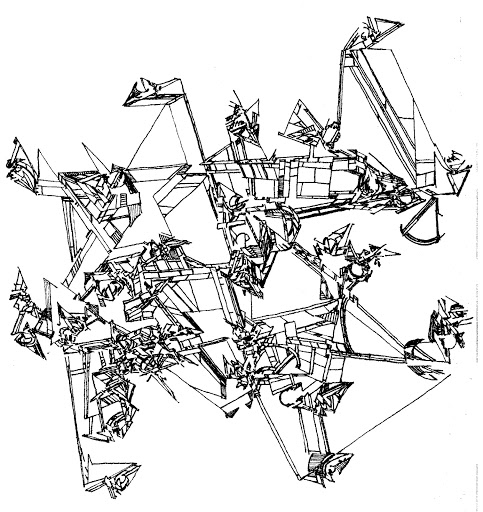 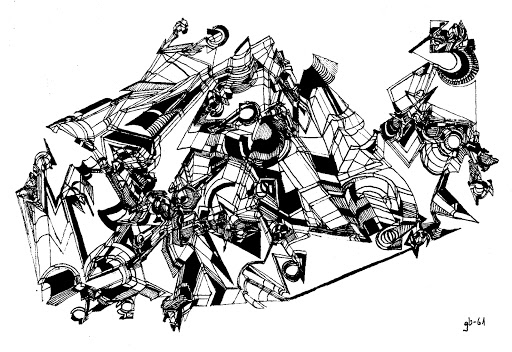 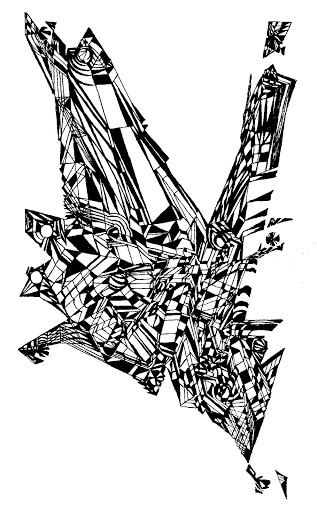 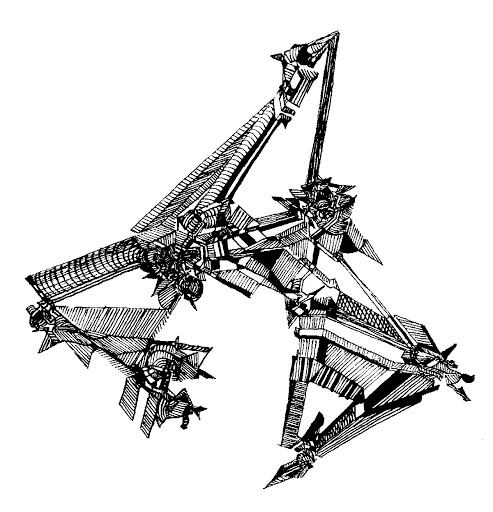 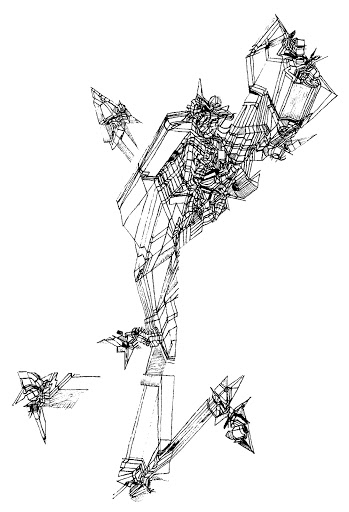 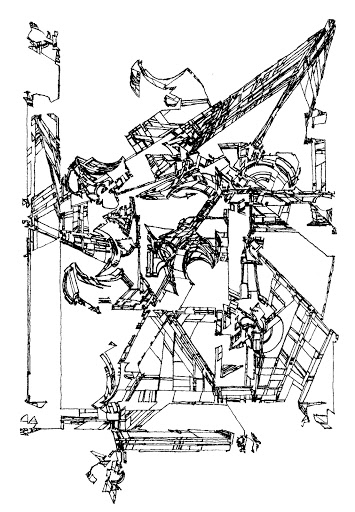 ***
While I regret having missed Charles’ talk live, it was kewl to see the long dive into the Mandelbrot set and to hear Charles’ deep psychedelic experience with the iterative spell that Benoit’s generative mathematics prospered.
I had the pleasure to sit around the dining table with Benoit a couple times when he and his wife had moved to Cambridge. He clearly was affected by the years of how mathematician peers, the mathematics field, shall we say, came to look beyond him and his work. It was sad. I mentioned to him a recent article I had read detailing the then research and testing going on in France implementing Sierpinski pyramids into sound barrier walls lining highways; how the researches were indebted to his work both for its acoustical application ‘trapping’ sound waves in the labyrinthine scales of self-similarity AND its aesthetic beauty. Fellow diners chimed in about how his work had been applied in a spectrum of other fields and forms outside of his own. He knew of some of these applications (and was directly involved with a few); but certainly, not all of them. And with the latter, it was beautiful to see his curiosity but also critical problematizing animated with such glee and keen inspection to consider the potentials and challenges each application might pose.
The conversation turned toward the music of Bela Bartok. We discussed Bartok’s self-proclaimed ‘trinity’ of Nature-Science-Music and his fascination with pinecones, sunflowers (his favorite flower), and other bio-forms as well as application of Fibonacci’s ‘iterative-growth’ sequence. The host of these dinners had just finished a spectral analysis of a solo violin work by Bartok revealing how fractality is found from sub-melodic, to phrase, to overall design of the movement. With this, Benoit just sat back, grinned widely, his eyes became globes...
at December 11, 2020

For those of you who are new to the weavery and magicizing that is Jon Sakata, welcome to a world that began for me 5 years ago when Jon and I, with other Exeter artists, collaborated on an exhibit called Clew. Ever since our first meeting in my studio, I knew we were signed up for a lifelong connection. The scope, depth, surprise, intelligence and languaging that happens with every meeting is on full display here. And to hear him play. Well, that's an invitation to another realm, with no entheogens needed.

And to you Jon: This one is another keeper. Whoa.

"What is it like to live with, perform, share Berg’s microbial/mineral music via our favored technological tool (and spiritual prosthetic)—the piano? We like to say that it is music that vehicles air through flesh to intimately vitalize and converse ‘with-/in’ biomes and bones..."

Response to Jon (from Charlene Spretnak)

Thank you for sharing that lovely story about the dinners with Dr. Mandelbrot. When any of us send out an artwork or book or article into the world, we eventually encounter not more than a small fraction of all the people who saw or read it. Our work is as pollen scattered on the winds, sometimes alighting such that a fertile cross-pollination emerges. It's always gratifying to hear from one of the people for whom the work sparked new possibilities. I'm glad that Dr. Mandelbrot was made aware in his later years of what your fellow dinner guests conveyed to him.

Thanks indeed, Jon. I've been thinking about Mandelbrot since Wednesday night, recalling with fondness having read his autobiography some years ago. It's always struck me as odd that fractal geometry didn't become more mainstream -- or at least not mainstream enough for it to be taught in high schools and the like (how I would have loved that!). But in light of this symposium, it occurs to me that there might be a resistance in mathematics analogous to that against form in art -- namely, a feeling that since Mandelbrotian geometry is visual, earth-oriented, empirically observable in the material world, it is associated with the feminine, the animal, etc. etc. -- and thus, as is form in art, considered "lowly." I can just imagine the unease of those male mathematicians who, looking out at as from the heights of their impeccable ivory towers, would like nothing less than to be sullied by anything trafficking among the "lowlies."

Thank you Deborah, Charlene, Taney, each and collectively for your responses...

Taney, yes, the "lowlies" and what is worse for the ivory tower brigade is when something has usefulness! Yikes, heaven forbid something has application and reach and relevance! Let's keep sullying then; better yet, what better expression of form is there than to sully the conventions and oppositionality with incessant connectivity and what Debussy called "the most peculiar quality of music -- magic."

Charlene, your "Our work is as pollen scattered on the winds, sometimes alighting such that a fertile cross-pollination emerges" is now handwritten (in permanent ink) upon our office door (not to mention forever in our hearts)!

Deborah, little did we know that Clew was but the entryway into our joint labyrinthine wandering together, a commitment to get lost so that silly ball of yarn someone left behind brings us not return but the material excess to weave and weave and weave spell and strangeness, and to venture further deeper into the unknown...